Arthur Hellige got laid off from his job as a car salesman in 1935, but he was determined to find a way to support his family, so he bought a small meat market in downtown Breese.

Never mind that Arthur wasn’t a butcher, and he knew nothing about the grocery business.

Nearly 86 years later, Hellige’s Super Market & Lockers is not only the last of the original seven meat markets, it’s the only full-service grocery store in town.

But Timmerman, 64, also considers Hellige’s important to the community. It’s operated by Rich and his son, Steve, both butchers. Steve, 52, specializes in processing deer and other wild game for hunters throughout Clinton County. Rich’s wife, Peggy, helps with cooking and catering.

“It’s been there forever,” Timmerman said. “I can’t tell you how many generations have shopped there. It’s very good for the city of Breese.”

For anyone over 50, walking in the door of Hellige’s is like going back in time. The non-automatic door.

Hand-printed signs cover the front window, advertising everything from locally-raised pork chops to store-made cube steak. The ones inside have just as much character.

“If you are looking for an Outstanding Hotdog … Try These! W.W.W. Wennemann’s Wonderful Wieners,” reads a sign that plugs a meat market in St. Libory. “Great on the grill.”

The narrow aisles at Hellige’s are lined with vintage metal shelving, including one that displays trophies won by Little League teams that the store has sponsored over the years. An entire section is reserved for Ski soda and other Excel products bottled in Breese.

Rich recently lost his supplier for Amish corn brooms, but customers still can buy sausage casings and bulk candy, including chewy orange slices. They also can rent lockers to store sides of beef and other frozen meat.

One thing that has changed at Hellige’s is the dress code. Rich wears a baseball cap and open-collared shirt under his white plastic apron. His father donned a necktie.

“In those days, everybody did,” Rich said. “Even the lumber-yard owner wore a tie. People dressed up for work.”

Rich pointed to an old black-and-white photo of his father on the wall of Hellige’s small office. Rich was sitting at a schoolteacher-style wooden desk, surrounded by decades of stuff.

When asked about the desktop computer, Rich quickly clarified that it’s not connected to the internet. He and Steve use it for payroll and other offline purposes.

“I’m not going to get hacked,” Rich said with a grin.

Some Breese residents have been shopping at Hellige’s for decades, first with their parents and now with their children or grandchildren.

That includes Diane Poettker, owner of Knotty Pine Inn & Motel for 31 years. She appreciates being able to get things “in a pinch” and avoid the 15- or 20-minute drive to grocery stores in other towns.

But shopping at Hellige’s is about more than convenience for Diane.

“It’s local,” she said. “The meat is fresh. It’s not going to be setting in a freezer for God knows how long. And they’re friendly. They know their customers by name. You’re not going to get that in these big stores.”

Gary and Susanne Chippendale are relatively new customers at Hellige’s, having discovered it through a friend five years ago. They drive 73 miles from their home in Wildwood, Missouri, every month or two and fill up a cooler. They like the store’s high-quality meat.

Susanne, a German immigrant, also calls on Rich to get her uncommon cuts.

“I love beef cheeks,” she said. “You can’t get them anywhere else. I love to cook with them because they’re very tender.”

Hellige’s not only has loyal customers, it employs two women who are particularly dedicated. Mary Huelsmann, 78, and Geralyn Hodapp, 65, have been working at the store 44 years. In some cases, they start preparing orders when people walk in the door, before they even reach the meat counter.

Arthur Hellige worked six years for Breese Motor Sales before he got laid off in 1935. He made an inquiry at Sanitary Meat Market, next to the Avon Theater. Owner George Musenbrock had died.

Musenbrock’s widow offered to sell the store for $400, about $8,000 by today’s standards. Arthur scraped up the money by borrowing from friends and family. The bank wouldn’t give him a loan, according to his son. It was considered too risky.

“You know what (Dad) knew about the meat business? You buy it, you cook it and you eat it,” Rich said.

Arthur put a large announcement in The Breese Journal, promising to continue Musenbrock’s high standards of quality, sanitation and prompt service. A former butcher with a meat route taught him the basics.

Arthur later added staples such as coffee, flour and sugar and moved the store to its current location at Clinton and First streets. In 1942, he installed metal lockers that customers could rent to store their meat. That was before people had freezers at home.

Arthur’s wife, Lona, and their two children, Rich and Mary, helped with the business.

“I started working when I was 12 years old,” Rich said. “I was sweeping the floor, bagging the potatoes, filling the stove (with coal) and throwing out the clinkers.”

Rich later earned a business degree at McKendree College, now McKendree University, in Lebanon. He took over store management in 1972, although his father continued to work until his death in 1993.

Rich married Peggy 52 years ago, after his first wife, Bernice, died of a brain aneurysm. They have five children and nine grandchildren.

Peggy works in the kitchen at Hellige’s. The store sells homemade frozen meals with dressing, gravy and roasted potatoes, as well as ham salad, corn beef, brats, barbecue and spaghetti sauce and several types of sausage, including a Italian variety made with a Sicilian recipe.

Like his father, Rich pretended to retire at 65, but he still works six days a week and a couple hours on Sunday mornings.

Rich does slip off to play golf now and then, and he and Peggy have traveled to many national parks, as well as Europe.

The store has 11 part-time employees, including teenagers who work after school. One of their job requirements is listening to “Richisms,” phrases that Rich often repeats, trying to be funny.

One former employee made a list of the phrases and put them on a poster.

“If the door is open, we’re here,” Rich likes to tell customers. “But if you come in and we’re not here, call us.”

“There’s never a dull moment when Rich is around,” said employee Emma Hemker, 18. “He’s always making us laugh or coming up with some kind of joke. He likes to tell stories.”

Rich is convinced that he would be dead if he had actually stopped working at 65. He knows too many people who have retired and lost their purpose or motivation in life.

The family doesn’t speculate on what will happen when the new Farm Fresh Market opens or how long Hellige’s will remain in business. But they take pride in what they’ve accomplished so far.

“It’s an institution,” Peggy said of the store. “How many family businesses have been around for 86 years? It just doesn’t happen. And it’s stable. Grandpa (Arthur) borrowed money when he first started, but I don’t know that we’ve ever borrowed.”

Teri Maddox has been a reporter for 36 years, joining the Belleville News-Democrat in 1990. She also teaches journalism at St. Louis Community College at Forest Park. She holds degrees from Southern Illinois University Carbondale and University of Wisconsin-Madison. 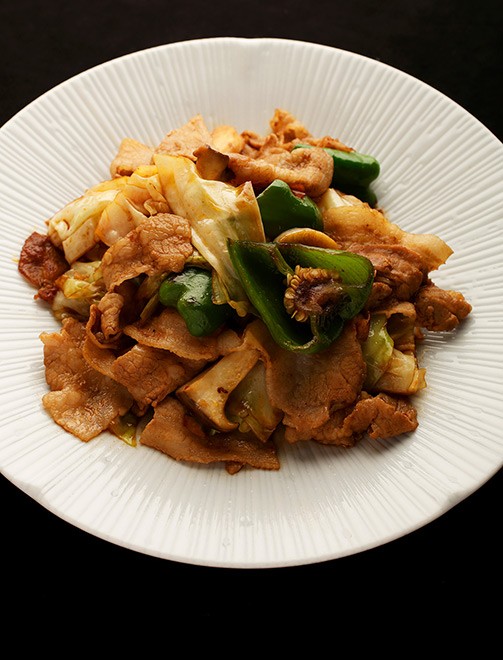