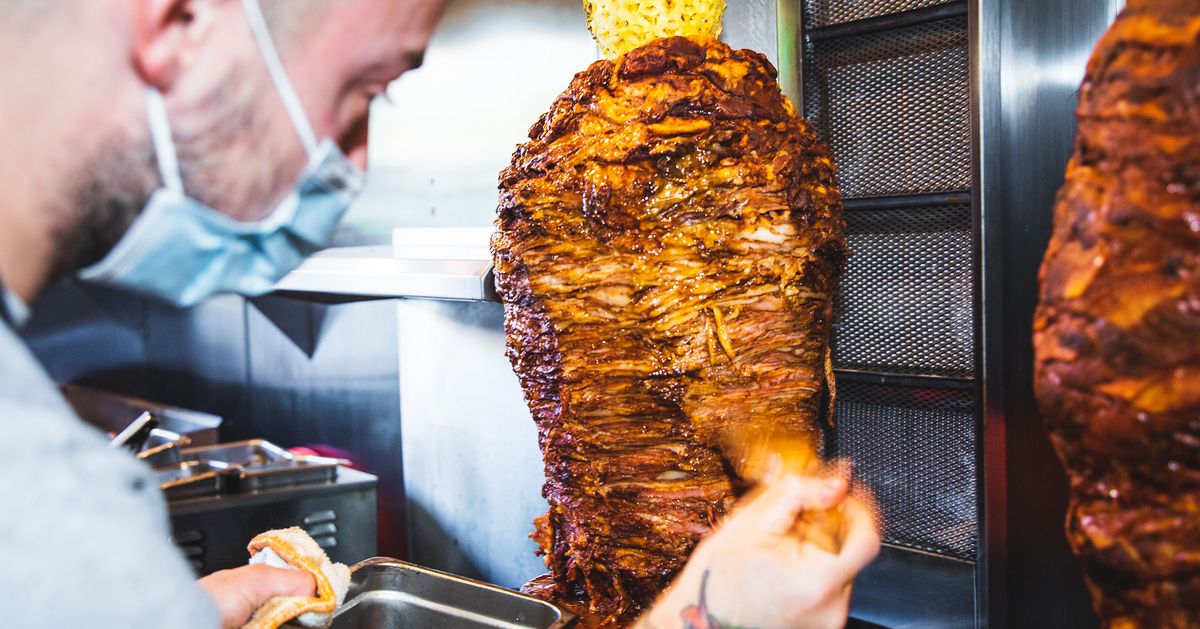 Since opening in October 2020, Evette’s has received praise for its tacos árabes, one of the many Lebanese-Mexican dishes that owner and chef Mitchell AbouJamra serves at his Lincoln Park restaurant. Derived from family recipes, customers heap praise on Evette’s haloumi wraps and shawarma. However, a small group have gripe about prices online.

People complaining about the prices at international restaurants is nothing new, but these circumstances are unique: Prices at Evette’s have crept up this spring and summer to keep up with the rising cost of meat (the restaurant also added a 15 percent “quality of life” gratuity). AbouJamra has also raised the price of Evette’s gyro wraps from $11 to $12; other plates rose as high as $17, depending on the meat. AbouJamra even added a dollar on his feta french fries, a snack that doesn’t depend on meat but whose sales could buoy the restaurant’s bottom line as a loss leader.

“My food cost is high, it’s really high and it hurts. I had to raise the prices,” he says. “If you raise your prices you have to prepare for the backlash. I’ve gotten negative reviews, very few, and my scores are going down and that really matters, especially after COVID.”

Comfort foods, like tacos and pizzas, were supposedly immune to the effects of the pandemic as they’re carryout-friendly. Many new taquerias popped up across Chicago and the country as investors felt more confident in America’s appetite for tacos.

But the rising costs of meat show no restaurant is safe. AbouJamra isn’t alone among restaurateurs across the country who have made the difficult decision to raise prices in the face of steeper food costs and scarce labor. Food prices increased in the U.S. by 0.4 percent in May, driven by a 1.3 percent rise in the cost of meat, poultry, fish, and eggs, according to consumer price index data released from the Bureau of Labor Statistics in June. The beef index alone rose 2.3 percent that same month, the largest increase since June 2020. But Evette’s and other Chicago taquerias must also deal with the perception among their customers that tacos ought to be low-cost, even as the prices of beef and pork that fill those shells skyrockets.

“People have the notion that tacos are supposed to be cheap,” says Marcos Carbajal, owner and operator of Carnitas Uruapan. “It’s not a dish with sides, by and large it’s hard to hide that sticker shock to people. A steak taco is probably pushing close to $4 when it would have been $2.50. For us, the way we sell things, it’s hard to hide that price increase.”

Carbajal took over Carnitas Uruapan in 2013 from his father, Inocencio. The elder Carbajal founded the business in 1975 after immigrating in the 1960s from Mexico to Chicago, where he worked in a West Loop meatpacking plant. In the four decades his family has owned their business, Marcos Carbajal says the rapid rise of meat prices this year is unprecedented. From January to June, he has seen a 70 percent increase in overall operating expenses, with meat making up at least 60 percent of those costs. One of Carbajal’s main pork vendors increased their prices two times in one week, a huge blow to a business that functions as both restaurant and distributor. On any given week, Carbajal says he buys between 11,000 and 18,000 pounds of pork skins, stomachs, and ribs, with many Mexican families stopping by his store to purchase around eight pounds of carnitas in bulk. That specialty focus on pork also leaves little wiggle room for the restaurant to develop alternative dishes, he adds.

“It does put pressure on our margins,” he says. “It’s not ever meant to be a very expensive dish so we’ve had to pass on a lot of that cost increase but we can only do so much. I’m thinking we’re gonna have to absorb it.”

For taquerias that concentrate on carnitas, the focus on pork may pose unique challenges as farmers and producers attempt to ramp up production after COVID-19. Carbajal notes that unlike beef, pork is not consumed often at home, but rather, at schools, hotels, and restaurants.

“The thought was farmers didn’t know what to do, they just slowed down output,” he says. “It’s live animals, they take a while to grow to their full weight.”

Higher demand combined with a higher cost of doing business is driving soaring meat prices, according to Schulz. The cost of pork production has increased by 25 percent, levels not seen since 2014, due to a combination of expensive feed, drought, and constrained labor.

“It’s kind of a double whammy driving these prices higher, it’s costing more to produce these animals,” he says. “Labor is one piece of that puzzle but the biggest piece is the feed cost, they’re up 25 or 30 percent.”

Pork isn’t the only meat that’s gone up in price for Chicago’s taqueria owners. At 5 Rabanitos in Pilsen, chef Alfonso Sotelo says that chicken has spiked from $1.59 per pound in 2020 to more than $2.29 per pound this year. Sotelo paid $7.59 per pound for cube steak before the pandemic, compared to $12 today.

For Rubi’s, the legendary Maxwell Street Market taco vendor, owner Maria Landa and her daughter, Evelyn Ramirez, are also grappling with the rising cost of steak. They haven’t raised the price of steak by itself, but they are charging a dollar instead of 50 cents for extra meat. The price of some meat, like beef tongue, has risen so high that it’s testing Rubi’s limits.

“Now [beef tongue] is $8.99 a pound, even $5.99 was a little high but you could still comfortably pay for it,” Ramirez says. “Some of them [customers] do complain but for the most [part] they’re very understanding.”

The high cost of meat hasn’t helped chefs who are already pushing the boundaries of a traditional taqueria. At Taqueria Chingón in Bucktown, Marcos Ascencio has created duck carnitas and blood sausage tacos in addition to his pastor and skirt steak staples. Both the duck and blood sausage are labor-intensive efforts: It takes two to three days to prepare the duck carnitas, from curing and confiting the legs to picking the meat apart by hand.

“We’re trying to make something different and it doesn’t help that the price is going up,” Ascencio says. “It makes it harder because people make that assumption that because it’s street food it should be cheap, when in reality I don’t think it should be.” 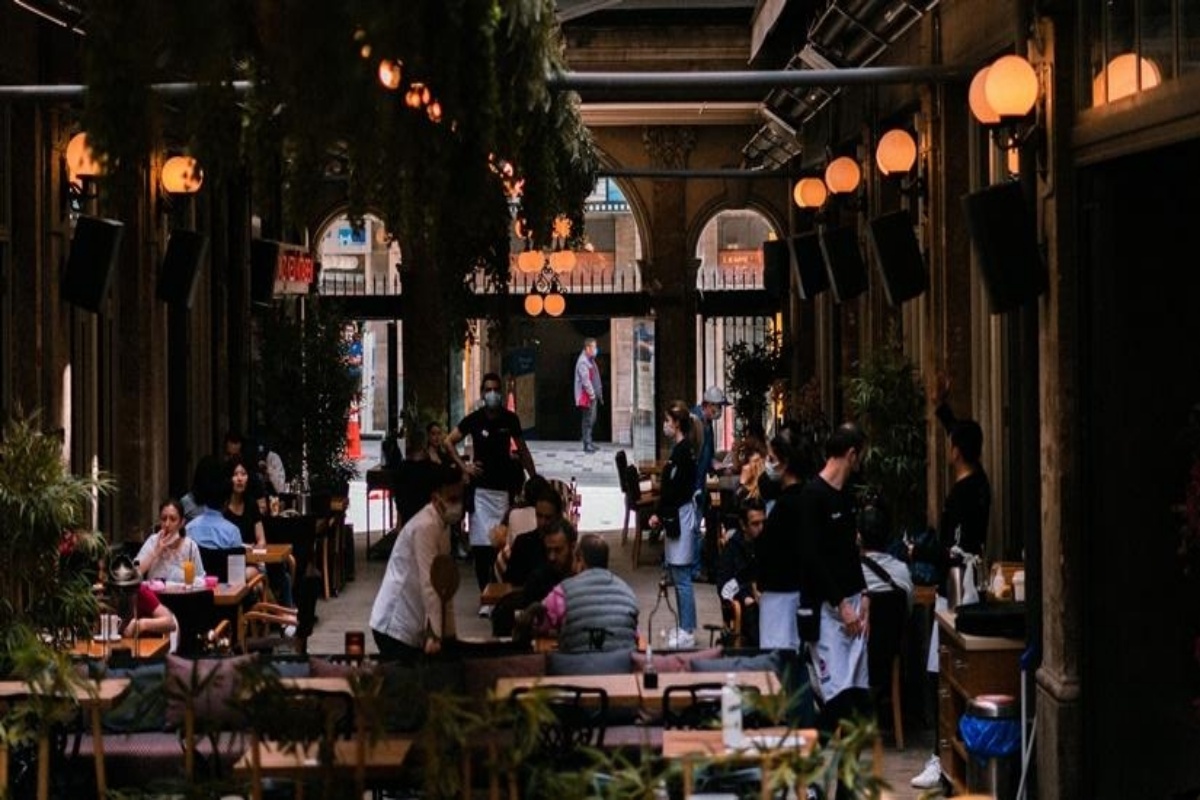 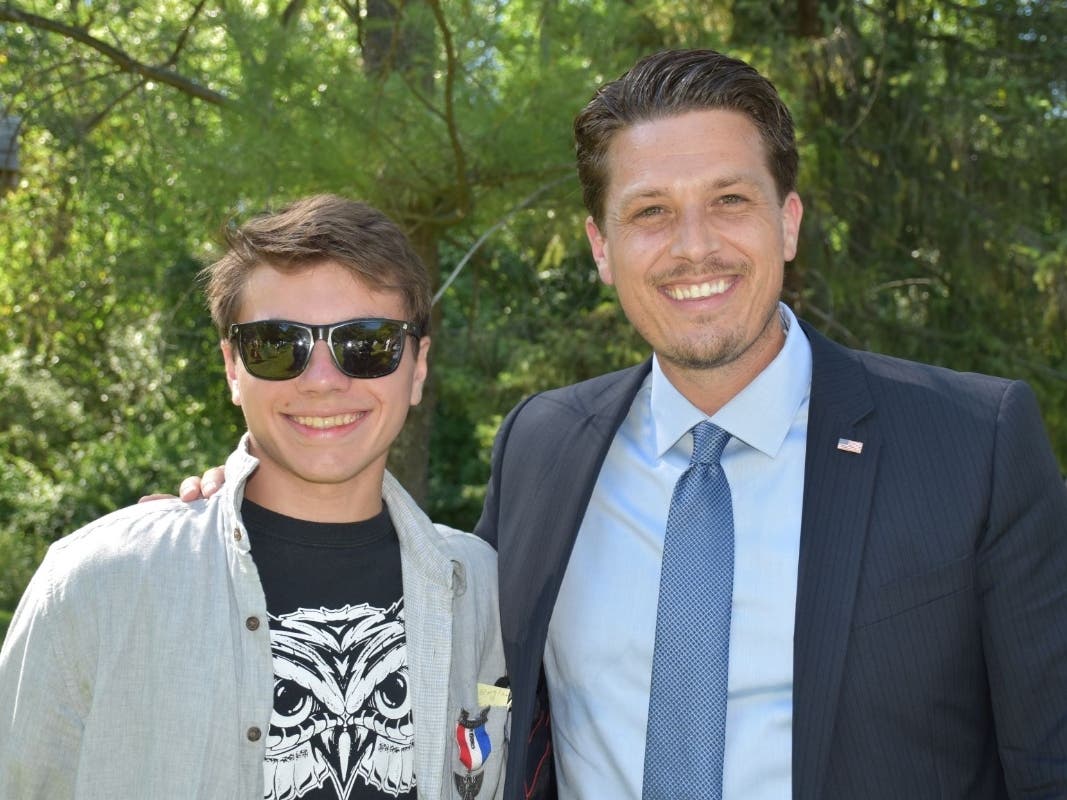 Erik Bernstein We in the Delish Take a look at Kitchen absolutely like a fantastic stir fry, both equally for how...