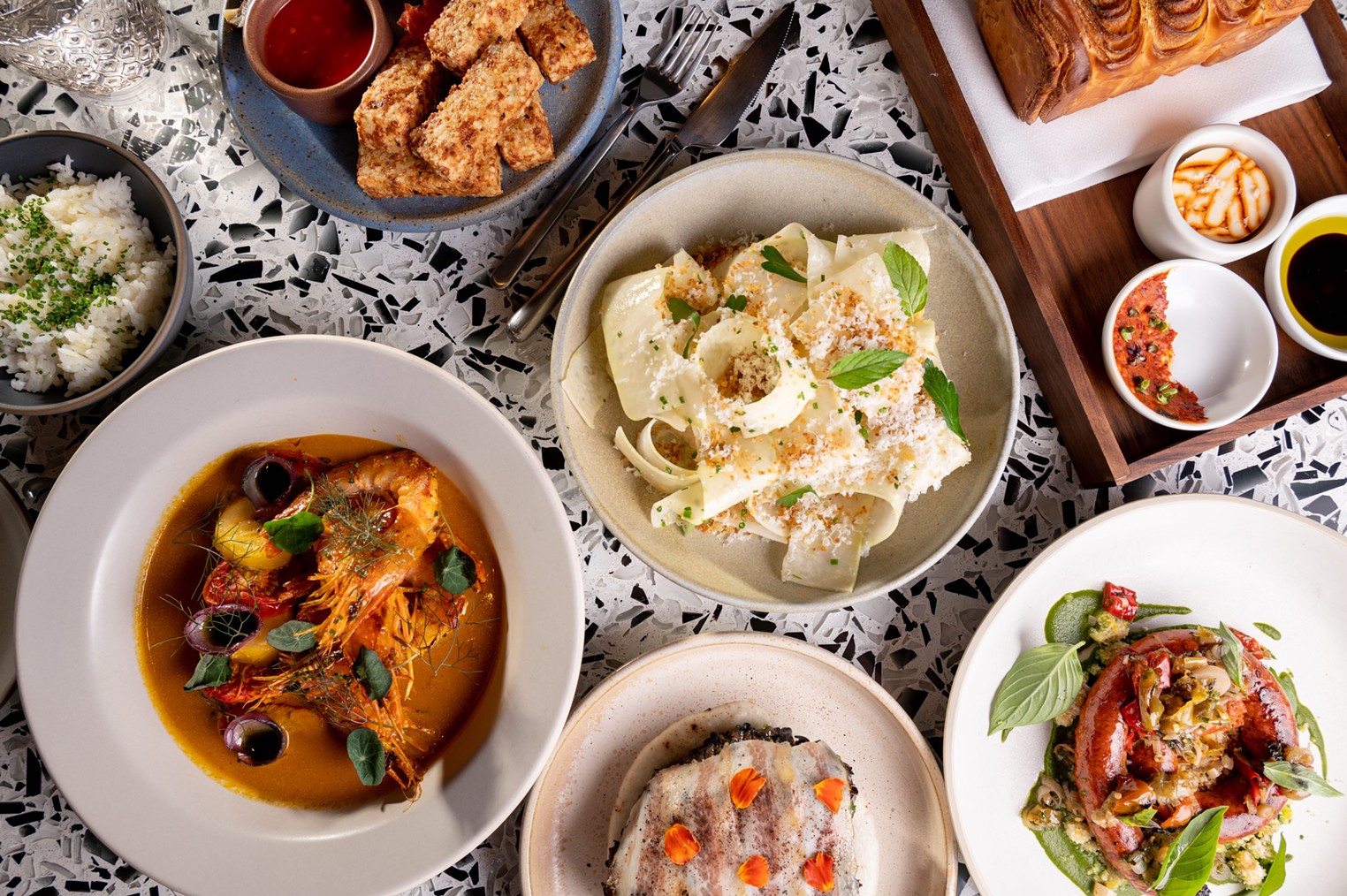 The menu at Meridian reflects chef Junior Borges’ past from childhood through his career in Dallas.

Meridian, a new dining room in Dallas, carries a lot on its shoulders.

It’s an anchor for a gleaming new development inside the sprawling apartment complex The Village. It’s a clear bid to attract food tourists from across the country. It’s a bold attack on Americans’ stereotypes of Brazilian food and a creative reinvention of Brazilian culinary tradition.

Besides being a big investment and a cultural statement, Meridian is a personal mission for its leader, Brazil-born chef Nilton “Junior” Borges, whose menu features a lifetime of family recipes and fine-dining training.

That’s a lot of burden for one business to take on. But, aside from a weakness for current trends, Meridian is meeting its lofty expectations. It’s an exciting restaurant that should get better as it matures.

Support the independent voice of Dallas and
help keep the future of Dallas Observer free.

Meridian sits on The Village’s all-new main street, which looks like a fusion of resort and modernist college campus. Although the area is walkable, it connects poorly to public transit, a trait common in new faux urbanist developments. Non-villagers park on side streets or in a garage, where there’s no validating the $3-an-hour ticket. The open dining room and kitchen at Meridian

That foreboding dark glass cube on the main street, wearing the wooden hat, is Meridian. Inside, the cube gives the friendlier impression of keeping its customers in the shade of a gigantic tree. The trunk is a central open kitchen, and the wooden ceiling slopes up and out from there. Since construction crews left genuine trees intact just outside the windows, the result feels like dining under a forest canopy.

Tables are bigger than usual, to fit extra plates. Lighting is so good that people will be Instagramming their desserts well after sunset. All three bathrooms are unisex; two are wheelchair accessible.


That thoughtfulness of design contrasts with such awful acoustics that at peak hours it’s nearly impossible to hear a friend across the table. Air conditioning, too, is so strong that after dessert one night I was shaking from the cold.

Most of America’s Brazilian restaurants are steakhouses where costumed waiters serve limitless skewers of meat. That lack of diversity has created a stereotype, like visiting a country where every American restaurant is a roadside drive-in.

Meridian aims to smash the cliches. Many of its dishes are personal to Borges’ life, while others have less obvious connections to Brazil. Let’s start with the first category.


The star appetizer is a platter of crisp, delicate tapioca fritters with ribbons of melty cheese inside ($14). The cheese is very mild, like a mozzarella stick from another, better universe. It’s loads of fun to eat, especially with vinegary Fresno chile hot sauce, slices of pickled okra and a heap of thin country ham.

The calabresa sausage is served atop of a bed of farofa.

After that, move on to skinny links of calabresa sausage, full of pepper flakes and dripping with chili oil ($17). They’re fabulously spicy, with pickled ramps adding extra bite on top. That blanket underneath, soaking up the heat and providing relief, is farofa, a crumbly Brazilian flour that displays other ingredients’ flavors like a canvas.

My favorite main so far is the piri piri half chicken, served with chicken jus glaze in addition to the citrus-pepper piri piri marinade, which Portuguese traders brought to Brazil from Africa. It’s not as spicy or garlicky as some versions, but the sweet and sour complexity of Meridian’s sauces makes this chicken a beauty, accented by a relish of onions, tomatoes and herbs.

The half chicken is $32 and doesn’t come with any sides, an excuse to order some of Dallas’ best-ever fried potatoes ($12, and worth it). They’re deeply golden with craggy, crispy edges and a dusting of dehydrated vinegar, like a mashup of English chips and Latin yucca fries. That sauce on the bottom? It’s aioli flavored with garlicky sausage spices.

My table was divided over the moqueca, a traditional but untraditionally plated coconut-based soup with grilled prawns, tomatoes, pearl onions, plantains, spices and a side scoop of jasmine rice ($36). I was the biggest fan; based on others’ reactions, it pays to enjoy coconut as a star ingredient.

One clear letdown is the $55 picanha steak, served in enormous square slabs and coated in a sweet, sticky sauce bordelaise, which might work on ice cream. Off to the side, a 4-inch-long giant crispy tater tot sits on top of a minced eggplant relish which is also somehow dessert-sweet.

The actual desserts are much better, like perfect coconut sorbet ($7) or a cake of grated yucca and coconut, which starts with Borges’ grandmother’s recipe and adds new twists like lime ganache and coconut butter cookie crumbles ($12).

That is the obviously Brazilian side of the menu. But it’s also possible to get through a whole meal at Meridian eating dishes that Dallasites already know and love.

Partly, that’s because Brazil is a melting pot of global cultures. A large percentage of its population has Italian ancestry, for example. Borges grew up surrounded by indigenous and immigrant cuisines that helped shape his sensibility, and his cooking now also reflects years working in New York and stints at Dallas’ Uchi and FT33.

But it’s hard to tell how much the menu shows Borges’ global background and how much it is a concession to Dallasites who may not be ready to live off calabresa sausage. (Poor souls.) Maybe it’s cynical, but I grow suspicious when yet another cuisine fits the trendy American template of crudos, fancy toasts, salads, pastas and huge slabs of meat.

The menu’s diversity includes inspired choices. Every meal should start with a small, crusty spelt flour baguette, a cup of butter laced with paprika and a dish of spicy, spreadable Italian ’nduja sausage ($12).

Even better is the beef tartare, a totally new version of a dish this town has in excess. Just $8, Meridian’s tartare is three servings folded into shiso leaves, raw meat as finger food. Dainty? No: There’s loads of golden fried garlic in there, too. If I could, I’d carry extra tartare leaves around for emergencies, take them to work for snacks, maybe use them as bribes.

Another winner: ultra-tender whole maitake mushrooms roasted, grilled for charred edges and topped with powdered mushroom trimmings ($16). They’re smoky and butter-soft and covered in a sheath of lardo (pork fat) for extra indulgence.

The strategy of using every bit of the mushroom to intensify its flavor was a hallmark of FT33, a restaurant whose influence can also be seen in a side dish of field peas ($12). Some are cooked until tender but others are dried and puffed for crunch, and they’re tossed with chives and a bright dressing. These peas are refreshing between bites of a hefty main course.

But Meridian also has head-scratchers, like a very sharp, pungent Caesar dressing with kohlrabi ribbons instead of lettuce ($14). I enjoyed it, but friends found the dressing too strong, so it’s a matter of taste. Does it connect with the rest of the menu? Who knows?

On our foray into the pasta section, an order of fusilli came out overcooked and soft under its pork ragu ($23). I assumed that was a one-time mistake until weeks later, when a friend texted me to report the same problem.

Besides fresh pasta, Dallas fine dining’s next-hottest trend is seafood crudo, so Meridian has one ($18). It leans Asian, perhaps to reflect Asian migration to South America, but it also leans salty. Things on toast are faddish too, but our red crab toast drowned out its crab with strong dressing and scorch marks on the bread ($16).

Does this eclectic menu reflect Brazil’s diversity and Borges’ story, is it trying to cater to Dallas’ finicky foodies or is the truth somewhere in between? I don’t ask to be critical but to be encouraging. I hope that, as Meridian matures and the city falls in love with Borges’ best food, he’ll feel able to ditch the trends and get even more personal.

Meridian already produces amazing dishes. But the best restaurants can take time to settle into a groove, and as good as Meridian is, it teases an even higher level yet to come. With a tighter menu and a tamer thermostat, the possibilities will be endless. Previous post Mouthwatering watermelon recipes that are perfect for summer 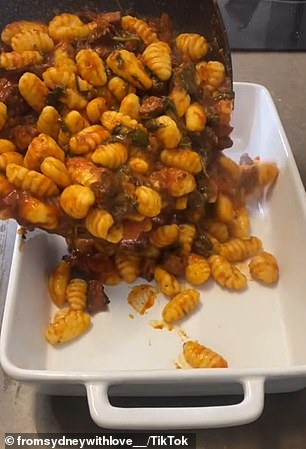